Scientific research and climate events over the last 2 years paint a different picture to the one the I.P.C.C. provides for COP21 in Paris this November. The U.N. and governments, have championed economic growth and technological development as necessary for a warming world. Sir Nicholas Stern (an economist), speaks as an ‘authority’ on the future “compatibility” of earth systems and economic growth.

“There is no conflict between economic growth and action on climate change.” (1)

The increase of research/data in 2006, compared to 2015, is staggering, as is what the reports say.   The UNFCCC has overseen 20 years of COP meetings to limit warming to “under 2 degrees C”. This is not legally binding. (2) There was no penalty when Canada, Russia and Japan withdrew from the “legally binding” Kyoto Protocol. 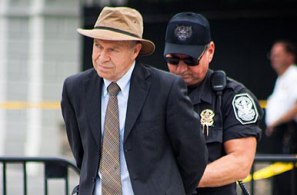 Scientists such as James Hansen, Michael Mann (3) and Kevin Anderson (4), have since 2006 consistently been critical of the official climate change “doublespeak”, which, with climate denial, has allowed apathy, disinterest and confusion to develop at a grass roots community level towards climate change.

The IPCC announced a “carbon budget” which “allows” us to continue contributing to a cumulative emissions total that is “dangerous” now. (7)

The underlying economic concerns since 2007/8, and a considerably weakened environment movement since the 2009 Copenhagen fiasco, provided a vacuum now filled by Ecomodernism.   New age economic “winners”, such as Gates (8), Branson 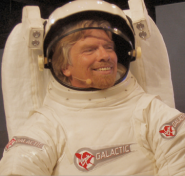 and Musk have thrown their support behind the Ecomodernist movement with heavy research funding, whilst paying lip service to what is left of “the environment”. The centre of the climate denial industry, the Heartland Institute, and the Koch brothers, have recently given support to the Ecomodernist Manifesto, strange bedfellows. (9)

The recent announcement by the head of the I.E.A. that “decoupling” carbon emissions from growth is hailed as being “on the right track”, came after 46 billion metric tons-e of carbon was emitted. (11)

Ecomodernism has wide appeal, wait for technology and the markets, and do nothing for 70 years. The Anthropocene is here. This is the future Christiana Figueres is taking to Paris.

Governments, the I.P.C.C. and neoliberalism cannot control nature and time. Try as they may to control the science, the weight and consistency of proof over time, and nature’s response in the form of climate “events”, is becoming overwhelming, and exposing the doublespeak and lies up to now passed as “information”.

“Earth Will Cross the Climate Danger Threshold by 2036” is a paper by Dr Michael Mann that contains a dire warning. (14)

Relevant factors, not publicised in a Murdoch world, include Mann’s “cooling effect” of particles (from coal burning particularly), preventing temperature increases relative to emissions generated. As coal use declines, temperatures rise to equilibrium.

Thermal lag/inertia. Recent research from Katherine Rike and Ken Caldeira, give a 10 year “cause/effect” time, between emissions generation and heat increase. This indicates there is already “built in”, a further 0.5C warming, supported by Dr Mann’s research. (15)

Cryosphere “tipping points” are being reached far in advance (75 years) of IPCC projections at the north and south poles. (16) RCP 8.5 is the do nothing scenario the Arctic is heading for soon. 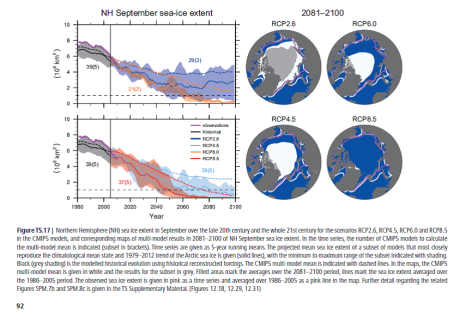 In an attempt to activate negotiators at the Paris COP21, James Hansen has published a paper open for public comment called “Climate Danger in the Hyper-Anthropocene” and reopens the debate which the IPCC avoided about ice melt and rapid sea level rise over decadal periods. (17) 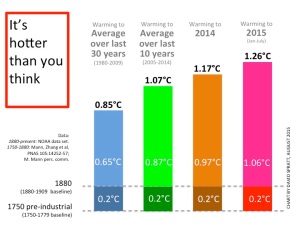 Spratt also observes the “El Nino” event “brewing” in the central Pacific Ocean, as big at present as the 1998 EN which began a new level and regime of temperature increases.

“These points lead us to an uncomfortable conclusion: we are already at risk of failing to meet a target that is itself inadequate to avoid dangerous climate change”(20). and ;

“The world needs to understand the plausible worst-case scenario for climate change this century and beyond — something that the media and the IPCC have utterly failed to deliver.”(21) 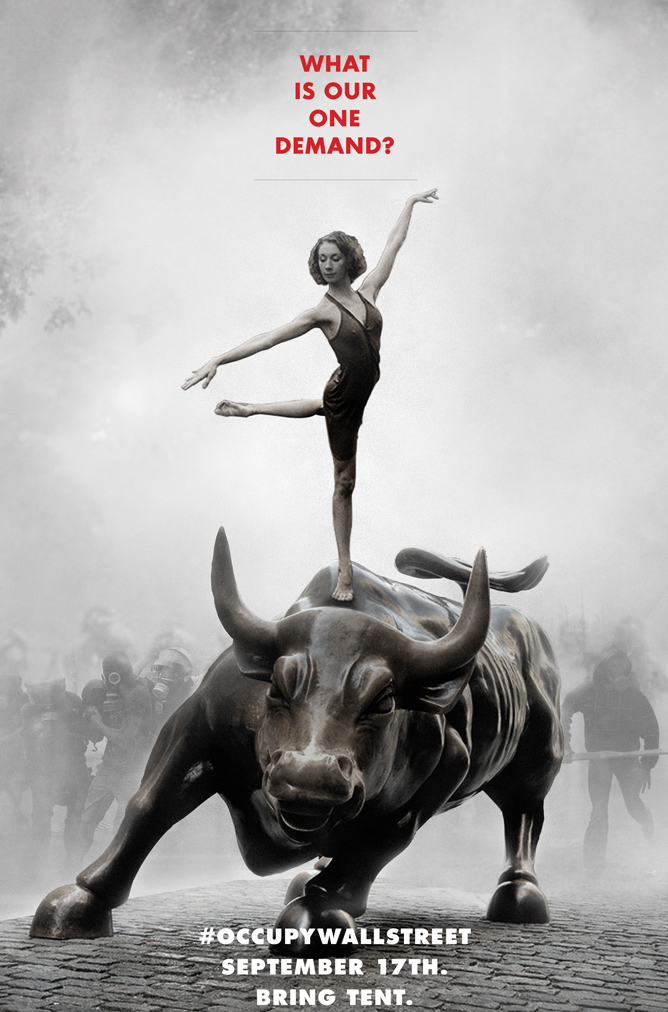 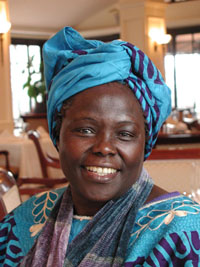 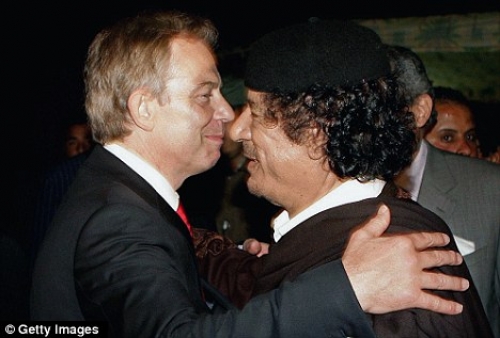