With Durban and climate change nowhere to be seen in the newspapers the silence is deafening.

Severn Suzuki  gave the “speech that stopped the world for 7 minutes” at the Rio Earth Summit in 1992. 20 years later the intergenerational pact on sharing with the future is crumbling as many western countries seek to extricate themselves from binding committments.

The 1992 conference produced Agenda 21. That document presented the Agenda for the 21st Century. It gave background for the prevention of the pollution of the atmosphere evolving into IPCC, Kyoto regulation, and also framed the Millenium Development Goals, the plan to end world poverty by 2015.

1/ Given we are adding 1 billion people to the global population every 12 years there MUST be a global family planning campaign, embraced by the Catholic Church

3/ A true global financial statement MUST be presented.

4/ A global financial transactions tax MUST be introduced.

5/ Corporations MUST cease to be citizens.

7/ Planetary limits MUST be recognised in ALL resources.

8/ A low growth – Steady State Economy is the “most optimistic” future scenario and MUST be tested. The “contraction” MUST begin.

9/ A “shared economy” MUST develop resilience and human resources for the energy descent.

11/ Fossil fuel subsidies MUST be transferred to renewables.

12/ A moratorium on financially driven migration MUST be introduced.

Continue reading for a stunning article on the world “poverty” line …..

ALL THE GOALS OF AGENDA 21 ARE COLLAPSING AS WE CONTINUE TO BE DIVERETED BY FINANCIAL RUBBISH, As China adds another 100,000,000 poor to the global poorhouse the idea that this economic system is capable of providing the future becomes more and more A FANTASY..  SOME STARK RE ASSESSMENT IS NEEDED TO GRASP THE BANKRUPTCY WE FACE. 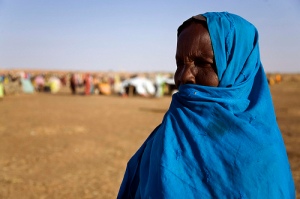 It can surely please no one that the world poverty amount is $1.25 U.S. The United Nations uses this yardstick when announcing it;s success stories of vastly increased numbers “above the poverty line.”. The 100’s of millions who know earn more than $1.25 per day. Doesn’t this and the environmnetal destruction underway demand a re evaluation of priorities for the immediate future. Given thal the unrest in western industrialised society will only increase as the financial system expires, radical change is needed. The I.E.A. estimates we have 5 years to change, to START AGAIN.

China has redefined the level at which people in rural areas are considered poor by raising the official poverty line, despite a booming economy.

A sharp upward revision in the official poverty line, announced by the government on Tuesday, means that 128 million Chinese in rural areas now qualify as poor, 100 million more than under the previous standard.

The new threshold of about $1 a day is nearly double the previous amount. While the revised poverty line is still below the World Bank threshold of $1.25 a day, the change brings China closer to international norms and better reflects the country’s overall higher standards of living after three decades of buoyant growth.

The old limit, first set in the 1990s and increased periodically thereafter, focused on the bedrock poor at a time China was still largely rural and impoverished. As the country has climbed toward middle income status, experts from the World Bank and Chinese think tanks have urged the government to raise the threshold to capture more poor Chinese.

“The previous poverty line underestimated the number of poor people in rural China,” the official newspaper China Daily quoted Wang Sangui, a rural development expert at Renmin University, as saying. “Only 2.8% of the rural population was officially considered poor, which was lower than in many developed countries such as the United States, which has a poverty rate of about 15%.”

With the higher threshold, more people qualify for government assistance. Funding for poverty relief is also being raised more than 20% this year to 27bn yuan ($4.2bn), the China Daily reported.